Elizabeth Olsen, Mj Rodriquez and Sarah Paulson join them as the top TV actresses get candid about speaking up and breaking down: “It’s easy to get locked in our own heads and assume, ‘There’s something wrong with me.’”

Gillian Anderson had been dreading this. A tripod had arrived at her home in the U.K., along with a mess of lights and, really, just the thought of having to sit through an hour-plus on Zoom had her practically reeling. But then the woman who stuns as Margaret Thatcher in the most recent season of Netflix’s The Crown got talking — about pigeonholing and pay equity, about grieving and giving oneself over — and soon she didn’t want to stop talking. And neither did anyone else — The Queen’s Gambit‘s Anya Taylor-Joy, Pose‘s Mj Rodriguez, Genius: Aretha‘s Cynthia Erivo, WandaVision’s Elizabeth Olsen and Ratched‘s Sarah Paulson — at THR’s annual (virtual) Drama Actress Roundtable. 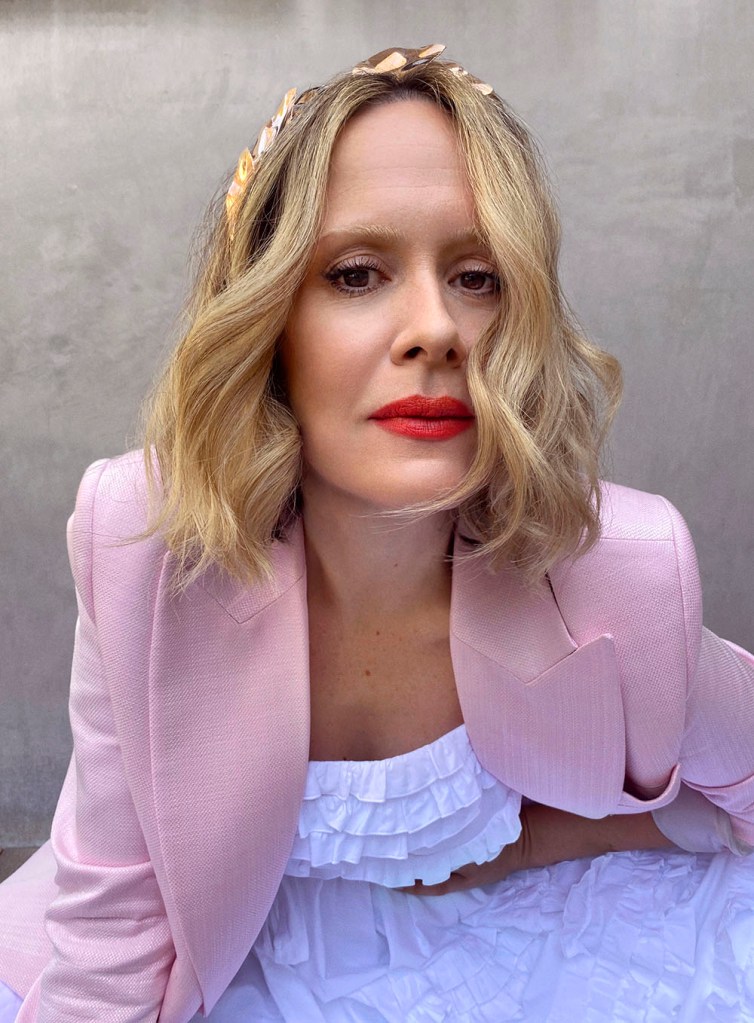 Let’s start easy. Complete this sentence: On set, I’m the one who is most likely to be …

ANYA TAYLOR-JOY Pacing whilst moving my hands like this (waving above) trying to figure out what it is that I’m doing.

SARAH PAULSON Bossing everyone around.

At the same time, you’re also inhabiting characters for long stretches and often they require you to go to dark or heavy places. What happens when a director yells, “Cut”? Do they come home with you?

MJ RODRIGUEZ I try to separate myself from Blanca as much as possible, especially [because we’re] dealing with immense trauma. So, when I go home, it’s Michaela Jaé going home, and I bring Blanca to the set. It’s easier that way because it can weigh on you otherwise and wash off on your family.

TAYLOR-JOY I wish I had as much control over it. For me, there are some characters that you can very easily snap in and out of and then there are other ones like Beth in The Queen’s Gambit. I’d worked back-to-back on two projects with one day off in between, so by the time I got to filming the show, I was exhausted and there was no energy to create a barrier. And that was potentially the toughest thing about the show, because it was a wonderful experience as an actor to be able to not have to reach for any emotion, but then you also have to go through the psychological warfare of figuring out, “Why do I feel so awful in the morning?” Like, “What is happening?” And then you go, “Oh, it’s not my feelings,” but I have to sit in them all day and I have to be aware enough to go, “You are not depressed, the character is depressed, and at some point that will leave you.” But I do think a bath every single night — being able to have the visual representation of washing yourself clean of something — helps.

OLSEN Regardless of what exactly the day requires of you, emotionally, you’re just tired. And so you try to be patient and professional and kind, and then when you go home, that’s when your fuse is just … smaller. (Laughter.)

TAYLOR-JOY You should date us, we’re fabulous.

Cynthia, I’ve heard you say that after making Harriet, you had a mini breakdown, and I can’t imagine Aretha was any easier to let go of …

CYNTHIA ERIVO I did, it was a real ugly cry. After playing [Harriet Tubman in the 2019 film], I went straight to see my mother in London and I don’t know what happened, but I just broke. You know the visual representation of shattering glass? That was what was happening to me. All the stuff I had to dig through to play her, all that heartbreaking stuff didn’t leave me when I finished, and it took time to just dissipate. And it was the same with Aretha — unfortunately, the pandemic hit when we were in the middle of shooting, so I couldn’t completely get rid of her during the six-month hiatus, and then I had to go right back into playing her. And it’s little things, like mannerisms, that stick with you. The lilt in her voice when she’s speaking to people. Like, that’s not me but I was stuck with that for a bit. And I was recording an album at the same time, so there was no space between one and the other. It took me a while before I could listen to an Aretha song again.

ANDERSON I certainly had that experience doing X-Files for nine seasons. I had a good couple of mini breakdowns during that, and at the end, could not talk about it, could not see it, could not see pictures, could not. I needed to immerse immediately in theater in another country. And then after a while, I was able to embrace it again, but when I started to embrace it, it was almost like I separated myself so much that I was looking at the image as if it was another person. When you immerse yourself so entirely as we can and we do for such long periods of time, there’s not going to be no consequence to that. Of course there’s going to be consequence to that.

TAYLOR-JOY May I pose a question to the group?

TAYLOR-JOY It’s so wonderful hearing you two talk about this, because I’ve always felt really crazy for the depressions that you go into after you leave a character and not being able to necessarily connect with yourself. And I’m really curious to hear what your relationship is with something being seen. Because when I first started working, I convinced myself that filmmaking was a very private practice with a private group of people and that no one was ever going to see it. And I thought I’d grow out of that, and I haven’t. Every project I have to sit myself down about two months after it’s finished and go, “People are going to see this and have access to it whenever they want.” How do you guys work [handle that]? Because for Queen’s Gambit, I had to go through a grieving period. It was grief, genuinely, to think, “Oh goodness, this thing that I loved so much is not mine anymore.”

ANDERSON I had that experience after doing Blanche in Streetcar [Named Desire] here in the U.K. and then in New York.

OLSEN I saw your last performance in New York. You were fabulous.

ANDERSON I felt like I’d lost my best friend. I was grieving. Some friends of mine in New York had a brunch for me the weekend after [I finished my run], and I arrived like a complete wreck. It was so profound. I also knew it was unlikely I was going to do it again because I knew that I’d probably lose my mind. I got really close. Like, I’d survived by the skin of my teeth and if I did it again out of ego or attachment or not wanting to let her go, there would be consequences. So I knew it was the end, and it was so sad.

ERIVO Do you know what’s so crazy? I listen to you and I’m like, “Oh my God, that’s what was happening to me during The Color Purple.” It was the last show and I started grieving in the show, knowing that it was coming to an end. There’s one last song and I couldn’t get through it. And then the show ends and I buckled under the sadness of it. But there was no way I could have continued playing Celie on that stage. It [had been] 14 months and I had to let her go. The line between me and her had disappeared. But to answer your question, Anya, I’ve never had an issue with people seeing things. I usually have an issue seeing it after it’s done.

PAULSON This happened when I did Marcia Clark [for The People v. O.J. Simpson: American Crime Story]. I felt a profound connection to her and I felt protective of her, and the experience had been so tectonic plate-shifting for me, both as a performer and as a human, and I thought, “If I watch it, I’m going to pick apart everything.” She was left-handed, so every time I use my right hand, I’m going to think, “God damn it, why did they use that?” So, the only way to protect myself from that is to detach from what the world will experience with it. And I’ve maintained that for a long time now — I really don’t watch [things I’m in] because I don’t have the strength, first of all, to bear the sight of my face and, also, I find it really confronting. The preciousness of the thing you were creating with these other people is what I want to be the indelible thing for me and not how it was edited.